Purchasing land and property in Indonesia as a foreigner 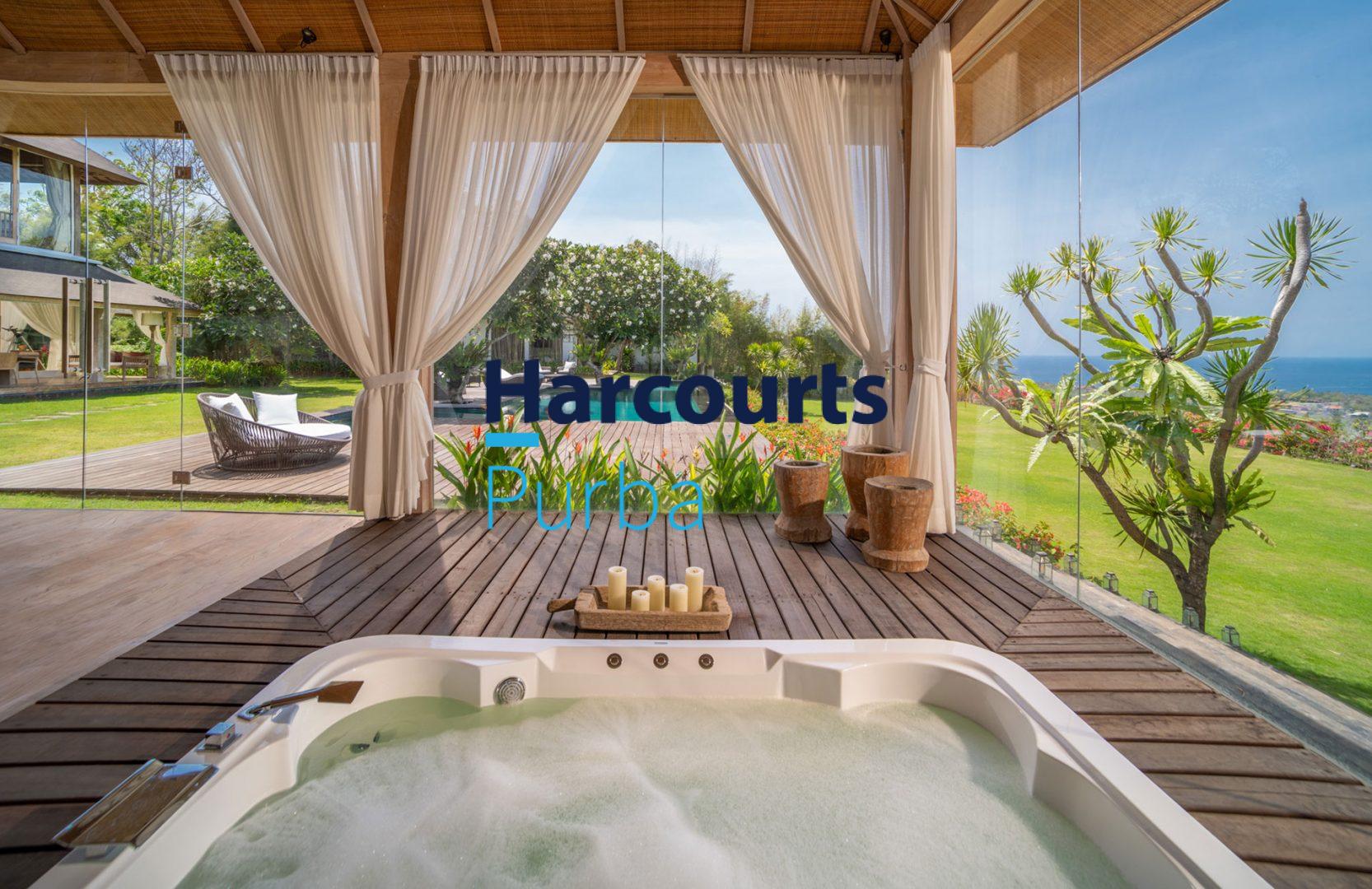 As Southeast Asia’s largest and most populous country, and one of the world’s future economic powerhouses, Indonesia’s economy is rising at an impressive pace, making it one of the hottest places of choice for foreign investment for the foreseeable future.

Despite the impact of the escalating US-China trade war on the global economy, Indonesia’s focus on infrastructure, manufacturing, and services has helped the country average over 5% annual GDP growth every year over the last decade. This is among the highest growth momentums in the whole of the region. Investment in Indonesia has skyrocketed both as a result and a cause of its resurgent growth.

The country is hoping to attract money from overseas by completing major infrastructure projects. Currently, the Indonesian government focuses on investment, both public and private, to boost Indonesia’s economic expansion. In particular, investment in the nation’s infrastructure and manufacturing industry is welcomed in order to improve connectivity across the archipelago and to lessen Indonesia’s traditional dependence on raw commodity exports.

Indonesia is also focusing on increasing its number of foreign arrivals to support its economic growth policies. The reality is that Bali alone cannot accommodate millions more new tourists, and projects are therefore underway to establish 10 new tourist hubs in the archipelago, in what the Indonesian government is marketing as its ‘Ten New Bali’ project, thus providing a bridge of opportunity for individual investors.

Indeed, Bali’s economy is booming. As Indonesia’s top tourist destination, the island typically has a better infrastructure than elsewhere else in Indonesia. Yet, as Bali gets more crowded and noisy, many foreigners are choosing to live in Lombok instead and this beautiful next door neighbour is likewise becoming very desirable amongst property purchasers. In fact, one of the government’s ‘Ten New Bali’ hotspots is Lombok Mandalika, a specially designed, 1,175-hectare tourism economic zone, stretching east along the south coast of Lombok towards the popular Gerupuk surf beach.

Purchasers of property in Indonesia can expect to start seeing gains well before its real estate market becomes mainstream. However, while it is fairly simple for foreigners to start a business, it is harder to invest in Indonesian property. Indonesian Land Law is quite different to the laws that apply in most Western or developed countries. Foreigners wishing to use or purchase land for any purpose need to be aware of these differences and not assume that the legal conventions that apply in their home countries necessarily apply in Indonesia. The archipelago presents complex property investment potentials in which there are serious downside risks, and the alleged investment benefits of properties on freehold or long lease arrangements require very careful review and due diligence. The reality is that legal certainty in Indonesia has always been rather precarious, not least in the realm of land ownership by foreigners. There are many stringent laws but secure land titles for foreigners are possible if correct procedures are observed.

Prior to September 1960, Indonesian land law encompassed an overwhelming discord of traditional Adat law, extraneous Dutch colonial laws, Western civil law, and archaic laws enacted by the Indonesian government dating back to the time of Independence in 1949. The basis of modern Indonesian land law is Law Number 5 of the 1960 Basic Agrarian Law Act, which stipulates several types of land titles applicable in Indonesia with the main rights and titles over the land being those regulated under the Indonesian Agrarian Law. The basic principles of Agrarian affairs – soil, water and resources contained within the territory of the Republic of Indonesia are owned by the Indonesian Nation and shall be for the interest and welfare of the nation and people of Indonesia.

In December 2015, to support Indonesia’s domestic economic growth and attract private foreign investors within the property sector, the government set new requirements and procedures to allow foreigners to own property. In addition, Regulation No. 29 of 2016 on Procedure for Granting, Releasing, or Transferring Land Rights over Residential Houses to Foreign Nationals in Indonesia (Regulation 29), was issued in September 2016.

Article 16 Paragraph (1) of the Agrarian Law stipulates several types of Land Titles and Rights over the land, including:

Hak Milik is a freehold title that can only be held by Indonesian citizens. This title gives you the right to use your land in any way, but you can’t capitalise on the natural resources under the land. As an owner of a Hak Milik title, you can sell the title, exchange it, or use it as a mortgage. Currently, foreigners are not able to own freehold property in their own names.

As long as the property is not part of a government subsidised housing, foreigners are allowed to invest in commercial and residential real estate or property as an investment. However, because non-Indonesians may not actually own property (Hak Milik) under Indonesian law without the help of a nominee or under a foreign investment company structure, a less risky and increasingly popular solution to the prohibition on foreign land ownership is a long-term leasehold agreement under the title of Hak Pakai (Right to Use). Leasehold titles are granted for 25 years and can be can be renewed for a maximum period of 80 years. Prior to 2016, the maximum extension period was only 20 years, so it’s clear that Indonesia property laws are slowly moving in the right direction. Hak Pakai can be received from a person who owns the Hak Milik. By having a Hak Pakai title, you can construct residential property on the land that is owned by the person having the Hak Milik title. Hak Pakai is one of the strongest titles and you’re allowed to sell and transfer the title to another person who’s eligible to own the title in Indonesia.

The land titles, ‘Hak Milik’ (Right to Own) and ‘Hak Guna Bangunan’ (Right to Build) are certainly more advantageous, but these are not available to foreigners on their own. Property owned by a foreigner may not be Hak Milik, but the Hak Guna Bangunan title is completely firm. Therefore, the safest way for a foreign national to invest in property is to do it through a foreign-owned limited liability company registered in Indonesia (PT PMA), which enables the foreigner to acquire the Right to Build (Hak Guna Bangunan) License and a Freehold Title/ Right to Use (Hak Pakai). The Duration of Right is a maximum of 80 years, with an initial duration of 50 years that can be renewed for a further 30 years. The Hak Guna Bangunan title has effectively the same strength as a freehold title as long as the company continues to exist. A foreigner or company cannot simply buy up land and then do nothing with it. Indonesian land laws are designed to prevent speculation by absentee landlords who leave land idle for years at a time.

Similar to domestic investors or individuals who want to set up a company, licensing must be done properly. Foreign nationals or foreigners who want to establish a company in Indonesia must follow a number of procedures that pass in accordance with the rules set by the government. The following are some procedures for establishing companies with foreign or foreign-owned capital (PT PMA) in full. Things that must be prepared before establishing PT. PMA Before establishing PT. PMA has a number of things that must be done by individuals or groups of foreign investors. First is knowing the Negative Investment List (DNI) that applies in Indonesia. At present there are businesses that are closed to foreigners, open to certain conditions, and open without any conditions. If the type of business is in the list of closed business fields in the DNI, licensing will not be granted. A PT PMA recognized in Indonesia must have a minimum initial capital of around IDR 10 billion. Of that amount around a quarter or 25% must be deposited as Paid-up Capital. Finally, first determine the domicile of the company. PT PMA can be established if there is already a physical building not a virtual office. Registration procedure for PT. PMA in Indonesia After you have done the preparations above, do some of the procedures for establishing PT PMA below.

The law also technically allows for foreign ownership of strata condominium titles, enabling foreigners to own an apartment or office space but not the land on which it stands. However, this is not commonly (if at all) granted in practice.

Buying land with the help of an Indonesian nominee

This is a circumvention of the Indonesian law in which you, as a foreign investor, can acquire land via a contract with a nominated national who is the titleholder – a local person who is a friend, your spouse, or any other Indonesian citizen who you can 100 percent trust. Yet, while this has been a common choice among foreigners, especially for buyers in Bali, and while the local person may have the best of intentions, it is still an investment on a shaky ground. There are obvious risks in such an arrangement and you will essentially have no legal protection for your investment.

Harcourts Purba is here to help

At Harcourts Purba, we pride ourselves in explaining the details of Indonesia’s foreign ownership laws and regulations so that you are fully engaged in the process of your investment from the outset. With our professional advice and personalised service, you can achieve your dream of property ownership in one of the world’s most desirable destinations.

The rise of the Bukit 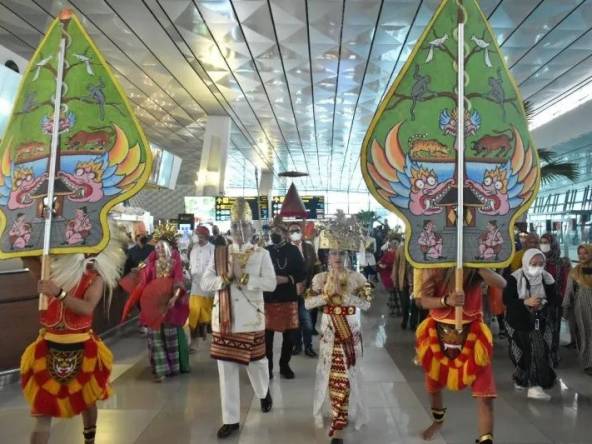 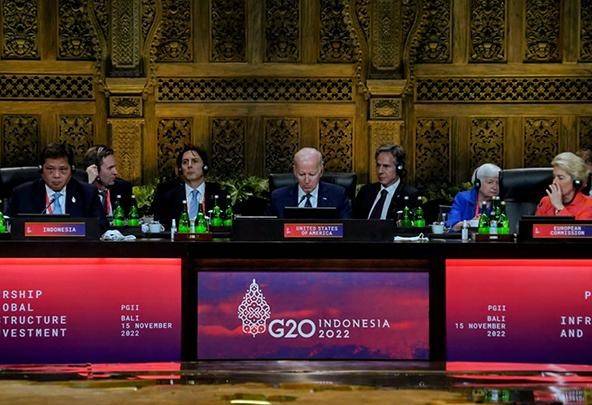 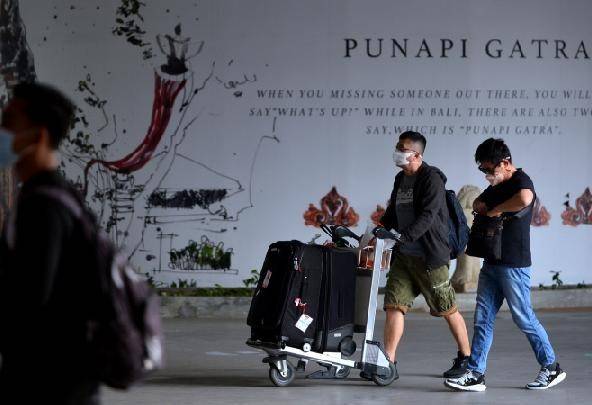